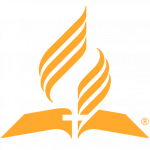 The Cayman Islands are a British overseas territory located in the western Caribbean Sea, comprising of three islands Grand Cayman, Cayman Brac, and Little Cayman. The islands lie in the centre of the Caribbean south of Cuba and West of Jamaica. But even Grand Cayman, the largest three islands, is not visible on many maps. We are situated about 400 miles (650 km) south of Miami, 180 miles (300 km) south of Cuba, and 195 miles (315 km) northwest of Jamaica. Grand Cayman is by far the biggest, with an area of 76 square miles (197 km²). The two “Sister Islands” of Cayman Brac and Little Cayman are located about 80 miles (130 km) east of Grand Cayman and have areas of 14 square miles (36 km²) and 10 square miles (25.9 km²) respectively. It is an offshore financial centre and one of the leading tourist scuba diving destinations in the world. The Seventh-day Adventist Church is the largest Protestant Christian denomination with two(2) Spanish,one (1)Filippino and twelve( 12) English speaking churches with over 3000 members that is spread throughout all three islands. It distinguished mainly by its observance of Saturday, the “seventh day” of the week, as the Sabbath. The denomination grew out of the Millerite movement in the United States during the middle part of the 19th century and was formally established in 1863. The Adventist church in the Cayman Islands stared out of humble beginnings when 1894 a Caymanian sea captain was converted and accepted the tenets of Adventism in Bonacca, Honduras, returned home to East End, Grand Cayman. He later donated land for the first churc